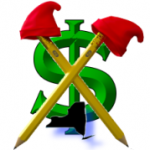 NY’s 2014-2015 budget includes the $2 billion Smart Schools Bond Act to be put before voters in the November 2014 election. Should it pass, Floral Park-Bellerose Union Free School District will receive a proportional share of the $2 billion based on the proportion of total formula school aid the district receives.

Floral Park-Bellerose District numbers for parents and taxpayers to consider:

A significant problem with this bond is that a district might spend on getting broadband access and a few computers while another district may spend the money on building pre-k classroooms. There just isn’t enough money unless Floral Park-Bellerose Union Free School District already has high speed access, pre-k and a somewhat robust technology department. Even then, the legacy costs of maintaining additional salaries, pensions, benefits and technology will belong to Floral Park-Bellerose  taxpayers. Similarly, Obama’s Race to the top program required all sorts of added services while providing pennies per student. As with this bond,  it was big on “progressive” ideas and short on methods to pay for and maintain it. In the end it will likely result in higher local property taxes and state taxes (AKA- state aid).

Every district is required to have a technology plan. Most districts put these documents online for public review. Within this document you can get a general idea of the district equipment, class types, personnel and costs. Once you know what your local district has and roughly how much it costs, the proposed bond allocation may seem pointless or a jackpot. Keep in mind,  mandatory pre-k costs for some districts will absorb a significant portion of the allocation.

*Spending numbers taken from the district’s technology plan, which may or may not reflect actual dollar amounts spent. Dollar amounts have been rounded.

As you can tell, some districts will be shorted while others will see a onetime increase depending on their current formula aid from the state. In the end, everyone will pay for the borrowed money.

The $2 billion Smart Schools Bond is set to be voted on in November 2014.  That being said, Floral Park-Bellerose Union Free School District parents, taxpayers and community members should pay close attention to what the  district is planning to do with this money.  You may find the media pushing the idea that everyone is getting a laptop while your district has to buy a building for mandatory preschool services and decides it needs to install video surveillance.  Then again, you may wind up with a front door that will stop a tank. Every district has different needs.

Click here to see how little Floral Park-Bellerose received in Race To The Top funds.