The Education Tax Credit may help avoid a school budget increase of 14.22% for Syosset CSD 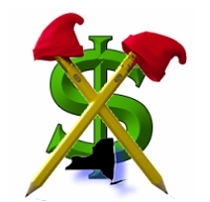 Below are the 2013-2014 the budget savings that non-public school parents are providing every taxpayer in NYS and in the Syosset CSD.

Syosset CSD budget reflecting all non-public students returning for their rights to a basic public education:

Whether or not the number above is large or small, there are non-public schools across NY state subsidizing your local property and state income taxes by an estimated $11.4 billion dollars.

If you live in or near this district and the non-public school closes, you may wish something more had been done.

Many of the operators of the non-public schools have said that they will be closing more schools unless something is done. There is a bill called the Education Tax Credit that offers non-public school parents a small tuition assistance program of $500 plus allowances for people to donate to scholarship funds for students. Neither portion of the proposal involves a reduction in funding to the Syosset CSD or any other public schools. This small amount of help may prevent school budget increases of 4,638% for parents and taxpayers in other districts. Call your Albany representatives to find out where they stand.

All numbers based on freely available information at the NYSED website and assume that students without a non public option will return to the local public option.